I’m not sure that printing problems are particular to Linux, indeed I can remember struggling with printers as far back in the 80’s, working with all manner of personal computers, PDP-11’s, VAXes, right up to Norsk data mainframes. If they weren’t jamming, showing weird error codes, running out of paper or running amok trying to print a binary file, then they were probably just refusing to talk to the system.

Things have moved on a little since then (!) and for many years I’ve been printing from Linux to a HP 1320. Generally speaking I’ve been pretty satisfied with the solution, until recently. After about 17 years with my trusty HP, it finally gave up the ghost so I started looking at current alternatives. On the one hand I was pretty shocked by the (generally low) price of current printers, but on the other hand equally shocked by the (high) price of ink which manifests as a ‘price per page’. Thinking of myself as a ‘HP user’ I first looked at the vast range of HP options on the market, then when I couldn’t find a spec / price I could live with, started to look at other manufacturers.

I found I could google good specs for Linux compatible printers, then lookup the actual printing cost on various supplier sites, to my surprise I ended up buying a Xerox printer. Now to me, Xerox are not only the epitome of photocopying, but also the original laser printer manufacturer, and in my mind I pictured them as top-end devices, very probably out of my price range.

I opted for a WorkCentre 6515n which at the time was going for £185, although they seem to have subsequently hiked the price a little , although even at the new price it would still have been my choice. There are cheaper printers, however the cost per page is typically a number of orders of magnitude higher, and other printers with the same price per page range, tend to be at least twice the initial outlay.

Never having used a Xerox machine with Linux before I was a little hesitant, but all the indications were that it would work, so .. as it turned out, getting going with Linux was simply a case of plugging the printer into the network and turning it on. My workstation picked it up automatically, as indeed did my iMac.

Running up the printers option from the desktop tools looks like this;

From here I can print test pages, configure advanced printer options and look at the printer queue, everything you’d expect from a desktop printer. So far I’ve had no problems whatsoever and am beginning to wish I’d swapped out the HP sooner, not only because the colour is useful on occasion, but also printing via a network connection is so much quicker than via USB.

All the applications I’ve tried seem to integrate well, as an example here’s the Chrome preview page you see when trying to do a screen print of our home page;

So if you’ve any reservations about using the Linux Desktop in an office environment with serious printers, fear not, these days things look pretty seamless. For me I think I’ve finally consigned printing to the “just works” bin, although I’m conscious that while not all printers are created equal in terms of longevity, integration and compatibility seem to be well in hand.

If you’re looking to purchase a printer for use with Linux, first be sure to check the manufacturer’s specs to see if they mention Linux, although many work with Linux, some explicitly mention it, some do not. If you can’t find a reference to Linux in the specs, take a look at the open printing database, if you put in the details of the printer you’re interested in, it should be able to tell you how well supported that particular printer is. If you’re looking for a site that publishes price per page for printers, I’ve found the printerland site quite useful.

The WorkCentre also has a scan function that’s quite interesting, I’m aware that there are various inkjet printers that also have a scan option, and that Linux has scanning software to handle this, but the option I tend to use is scan-to-email. You can add your email server’s details to the printer’s config, then add your own email address, and from then on just insert what you want scanned, pick your email from the address book and press “go”. A few seconds later your scanned page or document arrives in your inbox. Now I’ve seen this working in large offices with photocopiers the size of a small house, but it’s a new one on me for desktop printing.

Caveat; one thing I’d not realised about this particular printer is the size and weight, be aware – it is heavy. 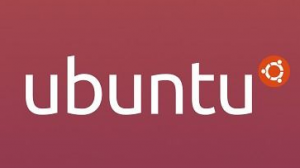 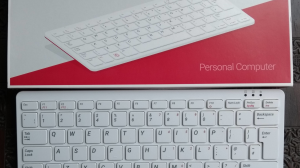